SEPTEMBER 11th MATTRESS SALE!!! OUR PRICES ARE CRUMBLING!! Pretty offensive isn’t it? I agree. But I use that to make a point. Will one day such an obviously callous advertisement become the norm? It’s possible. We do the exact same thing to Memorial Day. Over 1 million US military men and women have died in service of our country from 1776 to 2015.

Memorial Day began as Decoration Day in 1866. Various towns across the country held their own observances at the time, one of the first being in Carbondale, IL April 29, 1866 (though Waterloo, NY is officially recognized as holding the first Decoration Day on May 5 of that same year). The idea quickly spread and by 1868 it became an unofficial day for the nation to decorate the graves of those killed on both sides of the Civil War. Decoration Day was held on May 30 most likely due to the fact that flowers would be in full bloom nationwide. After the First World War, the day of observance was expanded to honor those lost in all American conflicts. It wasn’t until a hundred years after the first Decoration Day was held that President Johnson signed the bill officially declaring Memorial Day a national holiday and moving it to the last Monday in May effective May 1971.

In 1868, General John A. Logan said this of Decoration Day, “We should guard their graves with sacred vigilance. … Let pleasant paths invite the coming and going of reverent visitors and fond mourners. Let no neglect, no ravages of time, testify to the present or to the coming generations that we have forgotten as a people the cost of a free and undivided republic.”

The purpose of the day we now call Memorial Day was also clearly stated by President Theodore Roosevelt in a speech delivered on May 30, 1902 at a Memorial Day observance at Arlington National Cemetery: “on this day, the 30th of May, we call to mind the deaths of those who died that the nation might live, who wagered all that life holds dear for the great prize of death in battle, who poured out their blood like water in order that the mighty national structure raised by the far-seeing genius of Washington, Franklin, Marshall, Hamilton, and the other great leaders of the Revolution, great framers of the Constitution, should not crumble into meaningless ruins.”

And yet, here’s how we celebrate what has in reality simply become the official start of summer: 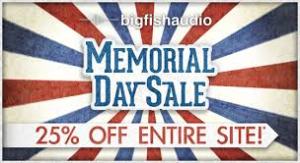 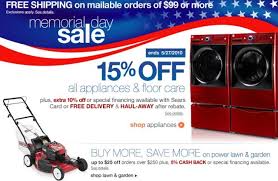 And last but certainly not least:

Happy Memorial Day!!! Are you kidding? 1.1 Million people dead so you can enjoy your hot dogs, happy day!!!!

Now listen, I am not against bar-b-ques and picnics and ballgames this holiday weekend. I think one of the best ways to honor those who died for our freedom is to spend some time enjoying that freedom with friends and family. But I also think time needs to be taken to remember why it is we have the day off from work, why it is we are able to grill out in the yard while the kids run through the sprinkler and Bob Seger blasts from the speakers and it has nothing to do with 25% off sales or freaking Mickey Mouse. Real lives were lost. Real men and women died in muddy fields far from home, cold and alone, in jungles and on blood soaked beaches, in the sweltering heat of deserts and frozen and frostbitten in what would become New England as well as half a world away, they drowned in burning seas and were beaten and tortured in POW camps, they died of disease and malnourishment on the Bataan Peninsula and in airplanes over the Pacific, and they died back here at home from wounds both mental and physical, of cancers, suicides and other maladies directly caused by their time of service. In most cases the casualties were young – in their teens and early twenties. Young, brave, self-sacrificing and dead.

All the great things we have today, the freedoms we enjoy, the rights that protect us from our own government, the ability to come and go and work and play and read what we want, say what we think, write out our beliefs and distribute them to others, and to worship or not worship in the manner we choose, all of that is because those men and women died on the battlefields, in the camps, and while training so that we may live our lives in liberty. Most of them died at a time when the comforts and privileges of life in 21st century America couldn’t even be imagined. Think about that, they died not only to preserve the life they knew then, but also to protect a future America they couldn’t imagine in their wildest dreams. Our America. And we use the day set aside to honor their sacrifices to save 30% on towels? That, my fellow Americans, is wrong.

Enjoy the day. Grill out, let the kids play, but take a moment to remember what the day is all about. Let’s not get so caught up in our consumerism that we become the generation to have forgotten as a people the cost of a free and undivided republic.

4 thoughts on “SEPTEMBER 11th MATTRESS SALE!!! OUR PRICES ARE CRUMBLING!!”